Back to the future for iconic horse stud

Posted on January 16, 2013 by Pete Maxwell
Spread the love 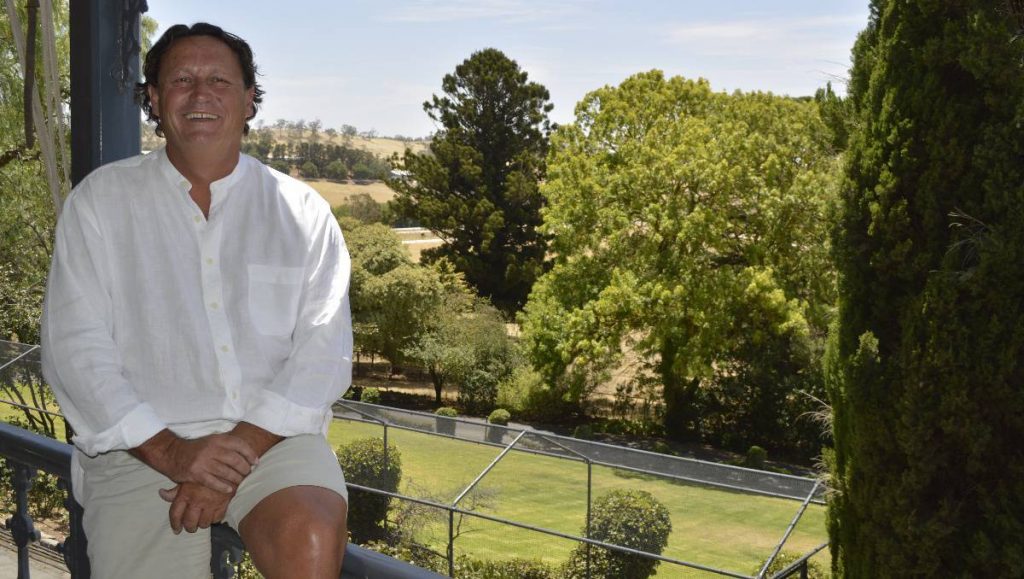 It’s a site so synonmous with horse racing, even Queen Elizabeth II couldn’t resist a visit when she toured Australia in 1977.

Now, a South Australian winemaker is hoping others will feel the same, with plans to turn one of Australia’s most iconic horse studs into a tourism mecca.

Lindsay Park, nestled in South Australia’s picturesque Barossa Valley at Angaston, is off the market and on the cusp of being sold to local businessman, David Powell.

Founder, managing director and chief winemaker of Torbreck Wines in Marananga, Mr Powell said he was purchasing the Lindsay Park package as an individual.

“I am currently refinancing Torbreck and there are a lot of moving parts to the deal but at the conclusion, I am confident I will have the cash to complete the purchase,” he said.

“I am certain I will be able to purchase Lindsay Park and Old Tarrawatta and have enough money to restore them to their former glory as deserving of such an important part of South Australia’s and the Barossa’s heritage.”

Lindsay Park was established by racing heavyweight Colin Hayes in 1965. At its peak, it was Australia’s premier private training facility where he produced winners such as Without Fear and Zabeel.

“Old Tarrawatta was up for auction in December but when I spoke with David and showed my interest in purchasing the whole parcel he kindly took it off the market,” said Mr Powell.

“He also worked with me to accept the offer with the understanding that settlement wouldn’t be until this year after I raised the money.”

Mr Powell said he was very excited about his plans for Lindsay Park.

“Let me say straight off, I respect what the Hayes family did at Lindsay Park and Old Tarrawatta.

“They developed the land for breeding and training racehorses to make it a first class facility.

“It became world famous as a thoroughbred property so much so the Queen made sure she visited the property on one of her Australian trips.

“Not coming from an equestrian background, my intention is that it can become an iconic eco-tourism destination, as well as a farming property as it was when owned by the Angas family.”

Mr Powell said he wanted to reintroduce cattle and breed his own herd and return deer to roam around the property.

One of his proposals is to create an endangered wildlife sanctuary surrounded by a vermin-proof fence.

“Years ago, I was involved with the Warrawong Sanctuary in the Adelaide Hills and am a strong believer in protecting our endangered native species.”

Mr Powell said he had no plans to erect new buildings but to simply renovate what is already on the property.

He said the ultimate goal would be to create a modern day working village with some exclusive accommodation in the existing buildings throughout the Lindsay Park and Old Tarrawatta properties.

“Guests could come to an ecological establishment, see staff work with the cattle, visit the wildlife sanctuary and stay in six-star accommodation on the property. There is also a chapel on the property which was built in 1844 so weddings could be arranged with the reception on the property and guests having the chance to stay and experience the whole estate.

“I would be saddened to think the land could be sold off as individual parcels as that would ruin what I believe to be the foundation of what makes the Barossa so unique.

“In fact, I would consider seeking to remove what I think are seven or eight titles on the property and amalgamate it into one, which would remove the option for them to be sold separately.

“But I need to stress; the deal is not yet over the line. While I’m very confident it will happen, until the money is paid, I just have made an offer subject to finance.”