Posted on January 19, 2013 by Pete Maxwell
Spread the love

TIM MANNAH said his family were celebrating on Friday what he described as his brother Jon’s ”great life” that would continue to inspire people. 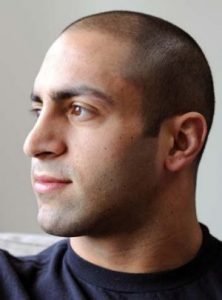 The NSW Origin forward’s one request was that any story written on Jon, who lost his 3½⁄-year battle with cancer on Friday morning, be charged with the same energy with which he lived his life and not be bogged down by morbidness.

”Everyone who knows him is aware of how strong Johnny was,” Mannah said. ”Even me, who knew him all his life, he never stopped surprising me with how tough he was. Obviously on the footy side of things you had to be tough to do what he did, and to see how hard he trained at Parramatta for three months with really bad cancer … he pretty much had a hole in his intestines … but to see how well he trained spun me out.

”Over the last two weeks he was in a ridiculous amount of pain but he never showed it. He’d never tell people. The medical staff were freaking out because they said on paper he should have been in a lot worse state than he was but he was coping so well.”

The Mannahs, a deeply religious Christian family, had taken comfort in their belief Jon had been taken to heaven. It was that thought that allowed his last hours to be a celebration.

”His faith in God that drove him drove all of us,” Mannah said. ”He was put to the test and I think our faith has been the best part of our lives over the past few years. Coming to the hospital this morning to say goodbye to him and seeing the smile on his face … I think of how peaceful it was … he knew this wasn’t the end, he was going home to heaven.

”God bestowed a lot of grace upon us, we were given time to be with him. They wanted to morphine him up before he got worse but he said he wanted, in good faith, to say goodbye to everyone.

”He told me last week he wasn’t scared at all because he knows where he is going. That is what our faith is about.”

Jon Mannah’s career was on the rise in 2009 when it came to a shuddering halt after he was diagnosed with Hodgkin’s lymphoma.

He fought his way back to full fitness, and the Guildford junior played a further 12 games for Cronulla in 2011 before he returned to his junior club Parramatta to play alongside his older brother.

No one who saw his return for Cronulla’s NSW Cup side in their 2010 loss to Balmain Ryde-Eastwood will forget his 25 minutes at old Henson Park. It wasn’t considered a miracle back then, but considering the insidiousness of the cancer that would eventually claim him it was close to being one.

Jon Mannah declared his return as a triumph of faith and, dressed in his battle colours, he gave an insight into what helped him through the tough times.

Tim was in the crowd that day with his family and he said on Friday it would remain a treasured memory.

”There aren’t many 23-year-old people who achieved what he did in life,” he said. ”He played in the front row in first grade at 19 and to get cancer, to get through it and to play NRL again was a phenomenal thing. To do what he did and touch so many people was an exciting story for him.”

Tim Mannah said there was relief in knowing his brother was now free of the pain that had gripped him.

”My mum is big on making his funeral a celebration. We are celebrating his life.”