Posted on March 7, 2013 by Pete Maxwell
Spread the love
Tweet

Hundreds of thousands of Australians, even in capital cities, are unable to access quality home broadband due to ageing infrastructure and black spots, leading to calls for the government to change the NBN rollout to reach these areas first.

After publishing a story on internet black spots earlier this week, Fairfax Media has been contacted by dozens of people – in both capital cities and regional areas – who were denied broadband due to issues such as a lack of ADSL ports at their local exchange. 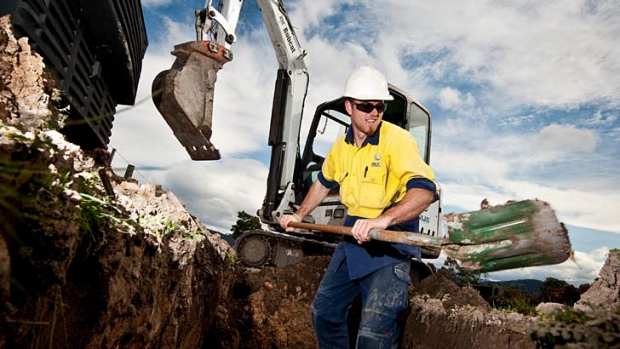 Experts have blamed Telstra for failing to upgrade creaking infrastructure because the NBN will limit the return it can get on its investment. Meanwhile many of those without broadband face over three years on dialup or expensive and patchy wireless plans as they are not part of the early NBN rollout.

According to the Australian Bureau of Statistics there were still 439,000 dial-up subscribers in Australia as of June last year.

“Telstra feel under no obligation to provide [broadband] access to everyone and the copper network is aging fast,” said Dr Mark Gregory, senior lecturer in electrical and computer engineering at RMIT University. He added the size of the problem was much bigger than people realised.

NBN Co said it was “working as quickly as possible” to build out the network, but several experts including telecommunications analyst Paul Budde believe the rollout schedule is incorrect as it does not prioritise fixing these black spots first.

“It is a bit ridiculous if good quality HFC [cable network] and ADSL2+ networks get overbuilt [with fibre] before those who are in black spots are looked after,” said Budde.

Some communities without home broadband, such as Caroline Spring and Burnside in Victoria, have started online petitions in an attempt to convince NBN Co to prioritise their areas.

“In Burnside there is no one who has ADSL or cable, the only thing we can get is dial-up, other than that we use USB 3G modems which are rubbish and expensive,” said resident Kerim Nu’man, 28, who added it was not clear whether he’d get the NBN within the next 10 years.

Residents of Somers, south-east of Melbourne, have written directly to Telstra CEO David Thodey to seek urgent assistance to improve their broadband access.

Elise Davidson, of the Australian Communications Consumer Action Network, advised more people to write to Thodey explaining how being excluded from ADSL was impacting their lives.

Of the almost 250 comments on this week’s internet black spot story, many said they were unable get fixed broadband even in inner-city suburbs close to the Sydney and Melbourne CBDs.

In Sydney some of the suburbs where people reported being unable to obtain fixed broadband include Paramatta, Camperdown, Dulwich Hill, Kellyville, Gymea, Northmead, Condell Park, Wentworth Point and Kensington. In Melbourne complaints included suburbs near the CBD such as St Kilda, Elwood and Hampton East.

And those who can get broadband often report woeful speeds as ageing infrastructure is split among increasing numbers of users. Some bought property or spent thousands wiring their house under the impression they were within an ADSL coverage area only to be told there was no room at the exchange or the copper wiring to their house is inadequate.

John Lindsay, chief technology officer at iiNet, said Telstra had long been “taking hostages”, threatening to withhold services from them until the government gives it more money.

He said now Telstra could blame NBN Co for the lack of services and “they haven’t had to spend a cent”. Telstra claims it is upgrading its infrastructure but prioritises areas of high demand.

“I don’t understand how new estates get built that cannot get proper telecommunication services from day one,” said Lindsay.

“I don’t understand how NBN Co could be set up such that it hasn’t already moved heaven and earth to get services installed for these black spots and every greenfield development commenced since 2010.”

Those in metropolitan areas who are currently struggling to get broadband may be among the last to receive the NBN due to the rollout schedule that prioritises regional areas.

“As it takes time to develop the NBN and even longer to roll it out, if we don’t fix the underlying Telstra problems some people will have to wait a very long time before they get high-speed broadband,” said Budde.

Sydneysider Simon Denneen moved to Broadbeach on the Gold Coast to work and complete an MBA but was forced to pack up and return after he was advised he would have to wait until the NBN to get home broadband. He tried a Telstra 4G modem but said the speed was “on par with dial-up during business hours”.

But even in Sydney, many, like Peter D’mello, of Liberty Grove in the western suburbs, can’t get broadband.

Budde said hundreds of thousands of people lacked basic quality broadband (above 5 megabits-per-second) and the government should pressure Telstra to fix the black spots or change the NBN rollout to prioritise those areas.

A spokesman for the Communications Minister, Stephen Conroy, said the ACCC mandated the locations of the “points of interconnect” that the NBN is being built out from, and “to change the design principles would make the rollout longer and more expensive”.

ITNews this week ran a detailed analysis of NBN Co figures, discovering that construction of the network was running further behind schedule than had been revealed. NBN Co has disputed the analysis but ITNews is standing by its report.

Paul Fletcher, Liberal MP and former Optus director, said the generally accepted estimate was that up to 2 million premises could not get fixed broadband, and it was a “long-standing issue” from even before he left Optus in 2008.

Under the NBN, fibre-to-the-home is planned for up to 93 per cent of premises and fixed wireless and satellite connections will service the remaining 7 per cent.