Posted on February 12, 2013 by Pete Maxwell
Spread the love 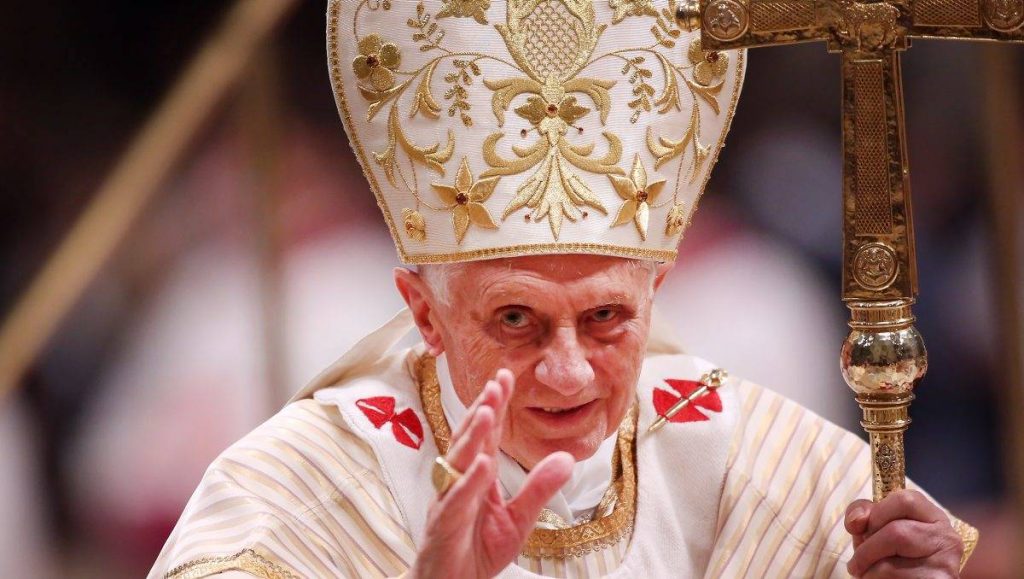 THE resignation of Pope Benedict XVI has surprised the Archbishop of Sydney, George Pell, who will travel to Rome to take part in the election of a new pope.

Oaths of secrecy and smoke signals: how the new pope will be elected.

Cardinal Pell says the world’s leading Catholic always worked to do what was best for the church.

The 85-year-old pontiff announced on Monday he would retire on February 28, citing health and age reasons.

Cardinal Pell, who will travel to Rome to take part in the election of a new pope, said the church would pray for Pope Benedict as he enters retirement.

“His resignation came as a surprise to me,” he said in a statement this morning.

“We thank him for his years of devoted leadership and service and his brilliant teaching.”

The resignation of the Pope, who was chosen to lead the Catholic Church in April 2005, is an unusual move that has shocked many around the world.

The last pope to resign was Pope Gregory XII, who stepped down in 1415.

Cardinal Pell, born and educated in Ballarat, has long been touted as a candidate for Pope.

The 71-year-old has been forced to defend the church in recent times over the sexual abuse scandal that has engulfed the church.

Online betting agency Ladbrokes last night had Cardinal Pell at odds of 66-1 to take the post with Cardinal Peter Turkson of Ghana, favourite.

The 85-year-old Pope announced his decision to stand down in Latin during a meeting of Vatican cardinals yesterday morning.

“After having repeatedly examined my conscience before God, I have come to the certainty that my strengths, due to an advanced age, are no longer suited to an adequate exercise of the Petrine ministry,” he said.

“In order to govern the barque of Saint Peter and proclaim the Gospel, both strength of mind and body are necessary, strength which in the last few months, has deteriorated in me to the extent that I have had to recognise my incapacity to adequately fulfill the ministry entrusted to me,” he said.

“For this reason, and well aware of the seriousness of this act, with full freedom I declare that I renounce the ministry of Bishop of Rome, Successor of Saint Peter, entrusted to me by the Cardinals on 19 April 2005, in such a way, that as from 28 February 2013, at 20:00 hours, the See of Rome, the See of Saint Peter, will be vacant and a Conclave to elect the new Supreme Pontiff will have to be convoked by those whose competence it is,” he said.

Pope Benedict had hinted in a book of interviews in 2010 that he might resign if he felt he was no longer able to carry out his duties.

The last Pope to resign was Pope Gregory XII, who stepped down in 1415 to end the Great Western Schism among competing papal claimants.

Benedict called his choice “a decision of great importance for the life of the church.”

The move sets the stage for the Vatican to hold a conclave to elect a new pope by mid-March, since the traditional mourning time that would follow the death of a pope doesn’t have to be observed.

There are several papal contenders in the wings, but no obvious front-runner.