Posted on September 28, 2012 by Pete Maxwell
Spread the love
Tweet

Visitors to the relaunched Sydney Aquarium can now come face-to-fin with the world’s largest variety of sharks and rays.

The Shark Walk, a 100-metre glass walkway, allows guests to pass within centimetres of more than 50 sharks, including grey nurse, lemon and Port Jackson sharks and wobbegongs. 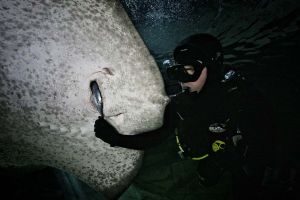 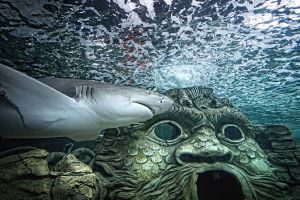 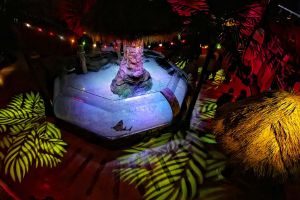 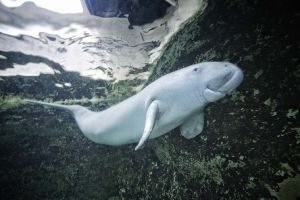 With more than 70 exhibits of 700 species and 13,000 animals in 8 million litres of water, it is one of the world’s largest aquariums.

More than 300 animals were moved to temporary homes during the refurbishment.

Cr Moore said: “For more than 20 years Sydney Aquarium has been attracting visitors to our city.

“This latest multimillion-dollar transformation puts the aquarium on a global scale. From local families, interstate visitors and people who come to our city from around the world, the relaunch of SEA LIFE Sydney Aquarium will be a welcome boost to our local tourism industry.” 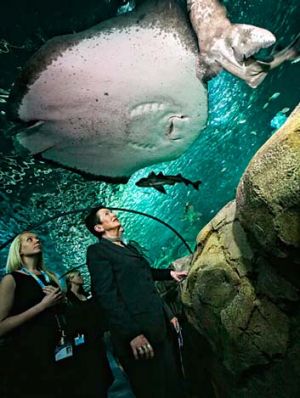 Shark Valley is dominated by a 20-metre blue whale skeleton among the ruins of an ancient Lost City temple.