Posted on November 29, 2012 by Pete Maxwell
Spread the love 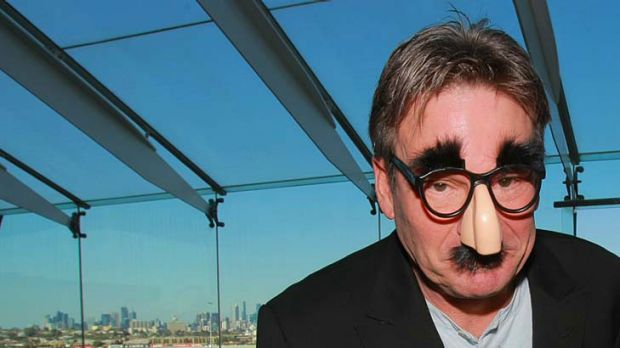 Memo Channel Nine executives: If you want to keep your long-time linchpin Sam Newman from savaging your network, it might pay to give The Footy Show a little more love at your season launch.

That’s if you intend to keep the larrikin stalwart on Channel Nine for another year.

In an extraordinary outburst on SEN radio Thursday, Newman said “complacency’s back” at Channel Nine, which “couldn’t give a stuff” about The Footy Show, and he wouldn’t be surprised if it was canned next year.

Newman complained that the move of the show from 9.30 to 8.30pm next season, which pits it head-to-head against the successful Channel Ten offering Before the Game, was mentioned only as an afterthought at the season launch.

“They did not show an excerpt, a snippet, a promo, nothing, and I thought, ‘Well, they couldn’t give a stuff if we’re on or not.’

“They’re from Sydney. So I reckon they’re just going to suck it and see and if it’s no good in a month they’ll just cancel it.”

Newman seemed to be paying out on his bosses and their “gaggle of spruikers” for some laughs but the attack continued.

“Just if they could have mentioned the longest-running television show of its timeslot . . . of its style in the world . . . that would have been good, it would have given us a bit of heart. But I honestly don’t think they give a stuff if we go on or not. In fact . . . I have a feeling they hope we fail.

“I tell you what: for the amount of promo they’ve given us, I reckon Andy Maher and Before the Game will give us a belting.”

Newman said that the launch “trawled through” every other type of show the network would offer in 2013, including many not yet made, and featured “market placement, companion advertising, brand awareness, consumer focus”, but ignored his show.

“They’ve got a swagger on them. Did they wander down from Sydney? . . . ‘Great to be here,’ they said . . . They couldn’t have given a stuff if they were here or not. Just the imposition of getting on the plane and flying down and speaking to the great unwashed down here . . .

“I know you think I am joking but to not even pay lip-service to The Footy Show . . . I think they’ve got a different agenda; I don’t think they could care less.”

Newman has been a fixture on The Footy Show since its launch in March 1994. Though its ratings are not as high as in its 1990s heyday, it remains a timeslot winner for Nine. Its annual grand final extravaganza packs out Rod Laver Arena and delivered an audience of 1.1 million this year, ensuring Nine won that night’s ratings comfortably.