Posted on February 16, 2013 by Pete Maxwell
Spread the love 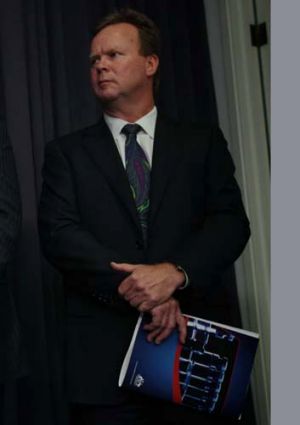 THE ARU was told a year ago by ASADA, while the Australian Crime Commission’s secret investigation into doping and match-fixing in Australian sport was gathering pace with its investigations and phone-tapping, that its players were clean.

Henderson also made the telling point that ”in the tradition of the NSW Labor Right, Clare picked up the habit of repeating himself for emphasis”. A shrewd and informed political commentator, Henderson was (in a discreet manner, admittedly) implying there were elements of the NSW Labor Right’s penchant for political spin in the ”darkest day” in Australian sports narrative that emerged from the media conference.

Is this level of spin a possibility, though? Unfortunately, it probably is. John Black, the former Labor senator who chaired the first government inquiry into drugs in the 1980s had this to say about the politics of the timing of the ACC report: ”But it kept the Eddie Obeid (ICAC) inquiry off the front pages for a week, so that was the purpose of it.”

Pulver made some anodyne comments at the conference, but he did not assert that rugby was not in any way part of the investigation.

Instead, he seemed to endorse a story in another newspaper about former CEO John O’Neill, and how rugby escaped the clutches of the sports scientists by accident. The sport, apparently, wasn’t as ”professional” as the AFL and NRL.

Pulver needs to stand up for rugby and demolish this sort of nonsense. He should point out that at a camp at Caloundra in the 1990s, O’Neill and the ARU’s Dr John Best told the Wallabies of an amnesty if they provided all the supplements and medications they were using. The table was covered with pills and vials. One substance, from South Africa, contained material that ceramics are made from. The only supplements allowed had to be passed by the team doctor.

An education program and an efficient, honest process is in place that is a credit to the rugby code, and O’Neill’s administration. The players all get the ARU’s message.

One of the strongest tweets about the stupidity of taking supplements without the approval or knowledge of the team’s doctor came from Quade Cooper, not generally known for the intelligence of his tweeting.

Nick Farr-Jones, a distinguished Wallaby captain of the 1991 world champions and now the chairman of NSW Rugby, has been in South Africa. He says people there are saying illegal drug use is the reason for the success of Australian athletes and teams.

I have seen comments from New Zealand on websites making the same false accusation against the Wallabies based on the ACC report. This nonsense is harmful to the image of Australian rugby at Super Rugby and Test level. They are wrong.

Pulver needs to assert this loud, clear and continually.