Posted on November 3, 2012 by Pete Maxwell
Spread the love

IT’S hard to pinpoint exactly when Australian TV drama became so good, the precise moment when the golden period that has given us shows such as Jack Irish, Paper Giants, The Slap and Love My Way began.

A turning point clearly stamped on the memory of Geoff Brown, who is about to leave his post at Australia’s key producer organisation after 18 years – 11 of them as executive director – took place in Canberra about 2005. 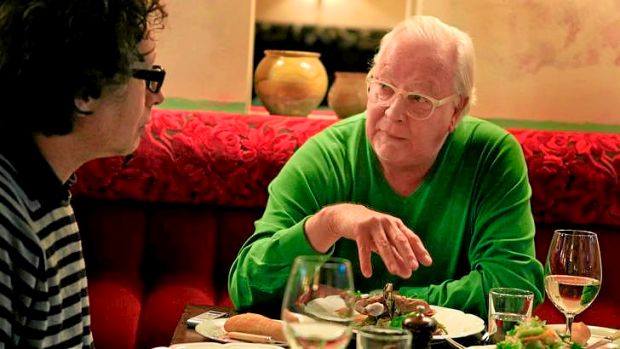 Former coalition MP Bruce Baird, who at the time was chairing a committee reviewing the support mechanisms of Australian film, took Brown aside for a quiet chat.

Baird had just seen the film Little Fish. The conversation, as Brown recalls it, went along the lines of, ”If you guys make another check-shirted, druggie, western suburbs, dog-rooting-style film, I’m not going to be here for you.” 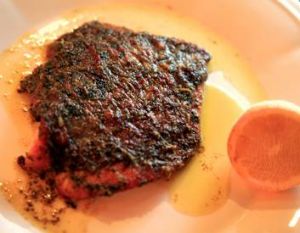 Seated in a plush banquette at Bistro Vue, Brown clearly enjoys recounting the anecdote, the sentiments of which were reflected in the similar remarks of former Film Finance Corporation head Brian Rosen, when he complained about ”small films that appeal to about 100,000 people … about lesbians, drugs and whatever else”.

Baird’s criticism, says Brown, who is now groaning with pleasure as he attacks a slow-roasted shoulder of milk-fed lamb, was absolutely right.

It is Brown’s first visit to Shannon Bennett’s famed establishment. ”Coming from Sydney, there are two or three restaurants that come strongly recommended and this is one of them.” Shared sides of frites, buttery French beans, a crisp salad that sings with sharp spring radish and an unctuous creme brulee leave Brown feeling satisfied and very full.

Of particular gratification to Brown is the resurgence of local TV drama. ”We’re now producing some high-quality, high-end TV, Jack Irish, Rake, Howzat!. People now know and understand the value of good Australian drama and thank god the [free TV] networks got back into it. It took us years to force them. I never understood why they let it drift in the early 2000s.”

The Screen Producers Association of Australia (SPAA) had much to do with that shift, as it did in securing an extra $100 million from Canberra for the ABC to rekindle its empty drama slate – a mere eight hours in 2008.

Industry development, policy and lobbying are a big part of what SPAA does, tasks that have seen Brown lock horns with the bullish proprietors of Australia’s TV networks, as well as penny-pinching bureaucrats in Canberra.

Contrary to the popular perception of Labor-voting film lovelies, the key changes that have happened in the industry have come through conservative governments.

John Gorton established the key funding organisations that drove the film renaissance of the 1970s, while the producer offset was introduced in the final term of John Howard’s government.

The offset is the principal mechanism for funding film and TV in Australia today and, arguably, it’s what’s driving the recent boom.

Simply stated, it gives the producer of a qualifying production a generous break – 20 per cent for TV, 40 per cent for film – that they can use as cash flow for their project or leverage as equity.

SPAA, the Media, Entertainment and Arts Alliance and the industry guilds representing writers and directors have joined forces to lobby for an extension of the 40 per cent offset to TV.

These days, the relationships between producers and media proprietors are less toxic than in the past when the networks, despite hauling in massive profits, routinely complained about their local-content obligations, while producers cannibalised each other and their projects for a hard-won commission. Brown believes an immediate and positive effect of the offset is the time writers and producers spend finessing projects. Whereas before development monies came in the form of ”little handouts” from the networks, these days ”the majority of producers are pushing that money back into script development. Screentime [makers of Underbelly and Killing Time, now screening on Seven] is a great example.”

Though Australian programs, be they dramas, factual shows or local versions of international reality formats, dominate the ratings and drive advertising dollars, the fight for local programming is far from over, Brown believes. If they didn’t have an underpinning obligation, the networks would not commission Australian drama, he says.

Though Underbelly earns Nine ”a heap of money” from advertising, the network would be just as happy to buy an HBO drama for $100,000 an hour and absorb the $600,000 it spends on one hour of the crime franchise.

Brown points to the digital multichannels as examples of what would happen without content obligations. Apart from Neighbours on Eleven, there is no new Australian content on the commercial digital channels.

The Convergence Review, which was published in March, recommends the free networks be required to screen first-release adult and children’s drama and documentary on their digital channels. But, Brown concedes, the days of regulation are over and the ”cultural imperative” argument has the potential to backfire. ”You can talk the cultural imperative argument as much as you like, but give me a Mad Men any day and I’ll watch it,” he says. ”There’s no good us screaming our tits off about what [free internet-streaming service] Hulu or Apple TV is doing. That’s the world. The challenge for us is to make good on the product so the locals want to watch it.”

Brown, 62, was seven when his mother took him to the Farmer and Company department store in Sydney to watch Bruce Gyngell’s now-legendary ”Good evening, and welcome to television” speech. Fittingly, he leaves the job the same year the analog network is switched off.

Brown’s decision to leave SPAA – he plans to use his international connections for his next gig – is also informed by the loss of his wife to cancer in 2010 and his 34-year-old son, Alex, to the ”black dog” last year. Grief, he says, immobilises you. The personal losses have forced him to reset the dials and get his energy back.

”At the time and ever since, I’ve thought how much better to work in the film industry than in a bank. The whole industry came to my help, cosseted me and helped me through. I’m not sure that happens to someone who works in a bank.”