Posted on December 4, 2012 by Pete Maxwell
Spread the love

The mystery of when and how a phantom island in the Pacific came to be first marked on a map may have been solved by a New Zealand librarian.

On November 22, the Fairfax Media reported that an island known as “Sandy Island” on Google Earth and navigational charts did not exist, after a team of University of Sydney scientists found nothing but open water where the land mass should be. 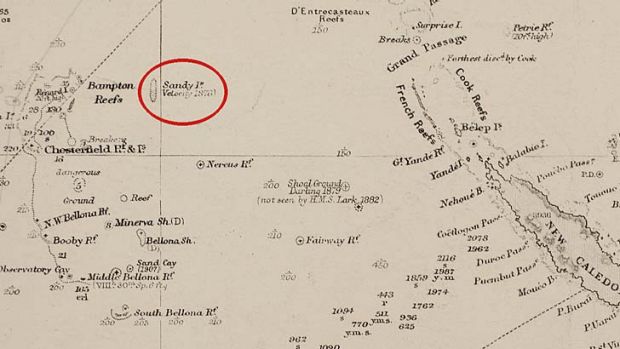 After reading a story about the “undiscovered” island, Shaun Higgins, a pictorial librarian at the Auckland Museum, trawled through ancient maps and charts at his workplace for clues on the origin of the mystery island.

On an admiralty chart dated 1908, Mr Higgins found what he was looking for: a dotted circle labelled Sandy Island. 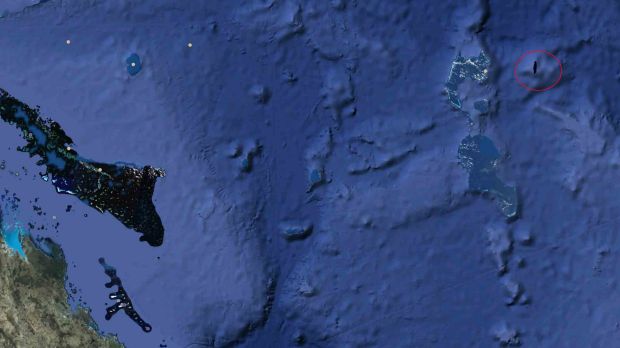 “It has the same shape as [on] Google Earth, but it’s dotted,” said Mr Higgins.

“It could have been dotted because it was an unidentified hazard,” he said.

While the document was printed in the early 20th century, the chart names a ship called Velocity as discovering the island in 1876.

When museum staff wrote about the chart on their blog, a member of the public posted a comment saying the Velocity was a whaling ship, captained by J.W Robinson, and which sailed from Hobart on April 12, 1876 and returned on March 20, 1877. 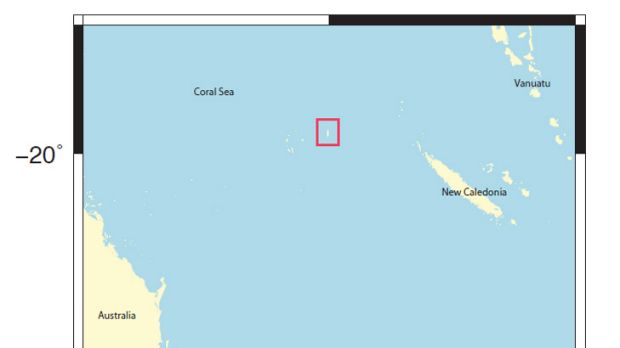 The post, which cited an article in the Hobart Mercury from 1877, went on to say: “Captain Robinson reported that he left the river [Hobart] on the 15th April 1876 and proceeded to Cato’s Bank, where whales were seen once during a gale of wind.

“Shortly after this, the vessel sprang a leak, which kept on increasing, and a course was shaped for the Chesterfield group, where an anchorage being obtained, the leak was partially stopped.

“While there, an anchor and chain were lost in a heavy gale, and the brig then went to Solomon Islands, anchoring in Mackira Bay, San Christoval [San Cristobal] …

An 1879 edition of the Australia directory produced by the admiralty hydrographic department also refers to the island: “In 1876, the master of the whaler Velocity reported that while cruising on the eastern side of the Chesterfield and Bampton reefs, he observed heavy breakers in lat 19′ 50′ S long, 158′ 50′ E.

As the whaler would have mapped its positions using a sextant and compass, the ship’s co-ordinates could have been wrong, Mr Higgins said.

“They could have been further west, where there are reefs,” he said.

Given the type of ship that claimed to have sighted the island, it was unlikely the marking was a deliberate mistake introduced by a cartographer to catch out copyright infringements, Mr Higgins said.

“The primary function of whalers was to look for whales. I think any responsible captain when they spot something would mark it down, particularly at this time in the Pacific where whalers were often first explorers in an area,” he said.

Mr Higgins said it was possible the Velocity may not be the original source of the Sandy Island error, but it would take an exhaustive search to review every ancient map to find the first blooper.

“The chart does give a disclaimer that says some of the information is not completely reliable,” Mr Higgins said.

The reference to Sandy Island now appears to have been taken off Google Earth.