Posted on December 16, 2012 by Pete Maxwell
Spread the love
Tweet

He might have a perfect school score but the hard work has only just begun for Michael Smith.

The Brisbane Grammar School graduate has to find a summer job before he starts his engineering/science degree at the University of Queensland in February. 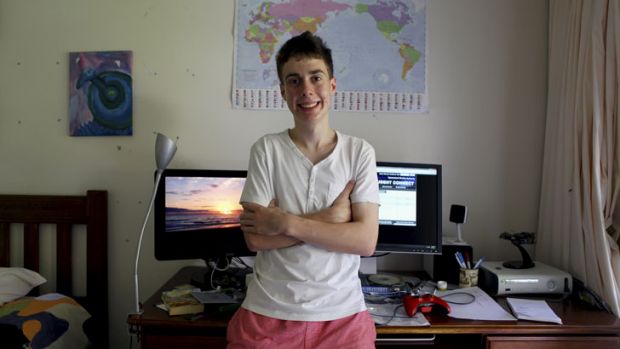 ”But it’s hard. Really hard. Harder than getting an OP1. No, I’m just joking, maybe something will come up after Christmas.”

That desire to work, combined with a healthy appetite for learning and a natural inclination for the sciences and maths helped propel Michael to become one of 724 Queensland students to receive a top score, in results released on Saturday.

”I was a bit nervous, I guess, a bit scared, you never know what could happen,” he said.

”But then I thought, it doesn’t matter if I didn’t get it, I could have gone into another course and upgraded the next year. There are so many pathways and options now.”

That was the attitude promoted by the Education Minister, John-Paul Langbroek, in the lead-up to the release of the results.

”It is important to keep in mind that year 12 results are never the be-all and end-all,” Mr Langbroek said.

”There is always more than one road to a destination and there are plenty of options available to school leavers if their results don’t turn out to be what they’re hoping for.”

The Overall Position mechanism has been used in Queensland for the past 20 years and operates on a complex formula involving results from Year 12 studies and the statewide Queensland Core Skills test, subject achievement indicators assigned by teachers to OP-eligible students and a statewide ranking.

Year 12 results are determined by a series of assessments throughout the school year rather than one big assessment at the end.

Michael said he understood the advantages associated with the Victorian Certificate of Education and the NSW Higher School Certificates, the external examinations and having each student in the state sit the same test, but said he felt it would bring its own anxieties.

”I think it would remove some of the bias which would inevitably creep in, but having that pressure at the end of the year like that, personally, I think it would be too much. I like the way we can stagger our results throughout the year.”