Posted on October 3, 2012 by Pete Maxwell
Spread the love

A 19-year-old Ukrainian woman has transformed herself into a real-life anime girl.

Anastasiya Shpagina, who has amassed over 14,000 fans on Facebook and over 28,000 followers on European social network VK.com, goes through a daily ritual painstakingly applying make-up to create a look that’s a spitting image of characters from Japanese cartoons or computer animation. 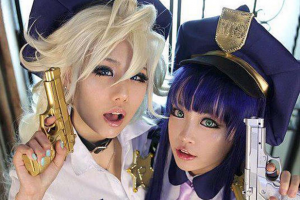 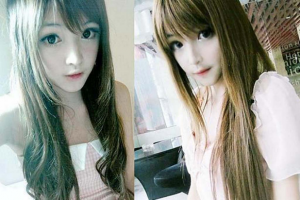 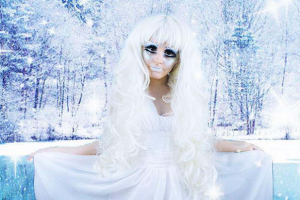 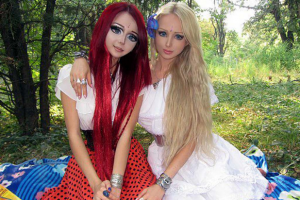 She’s part of a growing subculture dedicated to people dressing up as fictional characters known as “cosplay” or costume play. The internet has allowed the community to connect and grow and for the most dedicated cosplayers to build up large fan bases. 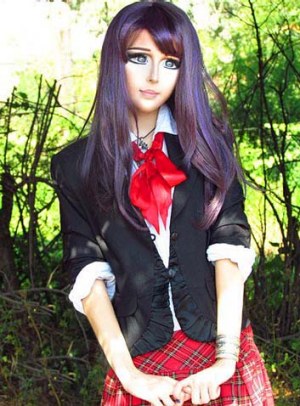 Shpagina’s instructional video on YouTube showing people how to create the look has had more than 916,000 views.

At just 158 centimetres tall and weighing about 40 kilograms, Shpagina has the tiny waist and body, shiny hair and glassy doe-eyed expression that have become Japanese anime signatures. She’s also changed her name to Fukkacumi.

Unsubstantiated reports in Britain’s Daily Mail claimed that Shpagina was considering undergoing plastic surgery on her eyes to resemble her cartoon idols even more closely.

If she does she’d be following in the footsteps of her friend Valeria Lukyanova, 21, who also attracted internet fame as the “real-life Barbie”. The pair appear in photographs together on Facebook.

Lukyanova also feeds her fan base with thousands of photos of herself dolled up and hundreds of YouTube videos.

Tamang Phan is so good with make-up she can transform herself into virtually any celebrity from Scarlett Johansson to Kate Middleton to male rapper Drake. The Huffington Post published a gallery of her efforts.

There is a fairly active cosplay community in Australia and many dress up for conferences such as the Supanova Pop Culture Expo or the SMASH! Sydney Manga and Anime Show.