Posted on November 6, 2012 by Pete Maxwell
Spread the love

FEARS an Iranian nuclear weapon could spark an atomic arms race in the Middle East will be thrashed out at security talks in Canberra as European nations seek to boost strategic ties with Australia. 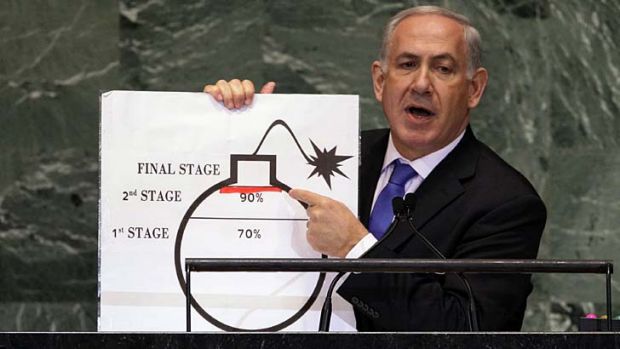 The EU plays a leading role in negotiations with Iran, along with the US, Russia and and China, over long-standing concerns its civilian nuclear program could be used for military weapons.

Ms Schmid praised Australia for supporting sanctions to pressure Tehran back to the negotiating table.

She said the ”ball is in the Iranian court” after negotiators recently presented a package of confidence building measures in a bid to restart talks.

Israel is especially alarmed at the prospect of a nuclear-armed Iran, recently calling on the international community to draw a ”red line” where Tehran must stop nuclear developments or run the risk of a military strike.

Ms Schmid — who is in Canberra for wide-ranging discussions on global hotspots – said the aim was still to find a negotiated solution.

”It is not only about Israel. It is, of course, a threat to Israel, but basically it is a very huge destabilising factor for the region, and it would lead to a nuclear arms race in a part of the world that is already running very high in tensions – this is our concern,” she said.

”I cannot say now what will happen next … we have made a very good offer, a confidence building package which should be quite attractive to Iran. It is now for Iran to respond.”

Australia is among around 10 countries to hold a high-level security dialogue with the EU, as the 27-nation grouping – with 500 million strong population – seeks to present a common voice on foreign policy and security questions.

Europe also hold similar meetings with the US, China, Japan and South Korea.

Europe is a major donor in the Pacific region and Ms Schmid said she was ”cautiously optimistic” of a return to democracy in Fiji.

She said despite the economic travails in the Europe – with crippling debt raising concerns over bankruptcy – the continent was emerging from the crisis.

She said it was ”very normal and understandable” for Australia to be focus on its neighbourhood, after the Gillard government last week released an ”Asian century” white paper.

But she was confident this would not lead Australia to ignore other regions.