Posted on November 4, 2012 by Pete Maxwell
Spread the love 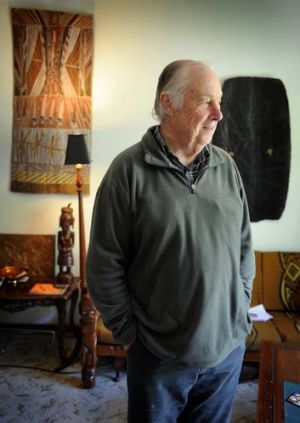 1. Your book The Biggest Estate on Earth, which reveals Aboriginal Australia’s clever land management before colonization, has won the $100,000 Victorian Prize for Literature, after winning the prize for Australian history in the Prime Minister’s Literary Awards in July. How long did it take to write?

The idea had been in my head on and off for 40 years. But it was [mostly during] the past 12 years that I was working on it. I retired 10 years ago [Gammage is a retired professor at the Australian National University] and that gave me the time to work on this book.

2. How did you come across the idea that carefully burning off land had kept it fertile?

I used to work a lot on farms in the bush in the eastern Riverina. Like a lot of farmers, I got into the habit of associating trees with soils, but sometimes trees weren’t where you’d expect them to be, which led me to wonder why. I’d read accounts from the 1850s about the abundant grass on river banks that were now covered in river red gums, which made me realise there had been dramatic changes that could be explained only by previous regular burn offs.

3. How widely did you travel researching the book?

That’s one of the big pluses of spending 40-odd years on a book. I’d be invited to give a talk or be going somewhere anyway, and I’d take the chance to check out a site. Just looking at the country can give you clues about Aboriginal land management. The Bunya Mountains in Queensland are an example of that. I didn’t have any particular expectations when I went, but once I was there, the signs were clear.

4. Did you expect to win so many prizes when you wrote the book?

Most of the prizes didn’t exist when I started writing! But the answer is no, you don’t write to win prizes. In the end, the author doesn’t matter – it’s what you’re writing about that matters. The whole point is to represent it properly.

5. You love bushwalking. Where are your favourite trails?

The Larapinta Trail, which goes west from Alice Springs, is a great walk. The Kokoda Track [in Papua New Guinea] is terrific, too. The scenery is so beautiful. Also, this year [my wife] Jan and I walked around Hadrian’s Wall in England. We almost got drowned. It was a record wet June. We were in mud up to our knees.

6. Have you decided what your next book will be about?

I’m giving a lot of talks in relation to this book. That should keep me going for about a year. All up, I will have given about 40 talks. So, no, I haven’t thought about the next one yet.