Posted on January 17, 2016 by Pete Maxwell
Spread the love 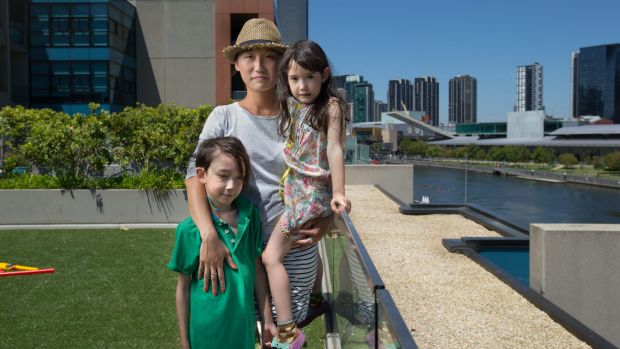 Up to 220 new schools need to be built in Victoria in the next decade to cope with an explosion in student numbers, research has warned.

But despite the alarming statistics, for the first time in 15 years, not a single new state school will open its doors to students when class returns next week.

Victorian schools must absorb 190,000 extra students between 2016 and 2026, according to an analysis prepared for Fairfax Media by the Grattan Institute.

This will mean 7200 extra classrooms and teachers, and between 140 to 220 new government and non-government schools.

Many state schools are already feeling the squeeze and have crammed portables into their playgrounds to accommodate extra students. Others are turning away families, running classes in halls and storerooms and staggering lunchtime so there’s enough space for children to play.

Ms Peace said portable classrooms were being shifted across the state at an unprecedented and unacceptable rate. She said the Andrews government had made a good start by doubling the previous Liberal government’s spending on school infrastructure, but more investment was needed to keep up with the state’s ballooning student population.

Using 2015 population forecasts, the Grattan Institute found that more than half the extra students would live in just nine local government areas, with the crush felt most acutely in inner city suburbs and the outer growth corridor.

The City of Melbourne is facing the most severe schools shortage among inner-city municipalities, and is set to experience a 62.9 per cent increase in school-aged children in the next decade – or almost 7500 extra students.

It’s a situation that Denise Fung-Henderson – who is involved in lobby group City Schools 4 City Kids – knows all too well.

She moved to the Docklands eight years ago when her son was born, and hoped a school would be built in the area by the time he started prep.

But despite promises from successive state governments, there is still no school.

All other state primary schools in neighbouring suburbs are full so her children Will, 8, and Poppy, 6, attend a Catholic school in South Melbourne.

“We pay taxes, we pay council rates. Why are we not provided with the choice?” she said. “We should be provided with a government primary and secondary school.”

In Wyndham, the fastest growing Victorian municipality, 100 new classrooms will be needed every year over the next decade to accommodate almost 27,000 extra students.

The Grattan Institute’s Dr Peter Goss said successive governments had been caught “on the hop” by this population growth and good, long-term planning was needed.

“This is not just a temporary situation that will work through the system. It requires permanent solutions, not just ever more portables.”

He said a baby boom that started in about 2006 had already hit primary schools, and would impact secondary schools from 2018.

A spokesman for Education Minister James Merlino said the state government had dozens of new schools in the pipeline and was “working to address the issues created by the Liberals’ chronic under-investment”.

He blamed the fact that not a single new state school will open in 2016 on the former state government’s under-investment.

Fifteen new state schools are expected to open in 2017 and 2018, with the majority of these built under a public-private partnership and located in growth corridor suburbs including Point Cook.

It is understood that Education Department data suggests that 50 new state schools will be needed in the next decade, with many existing schools able to accommodate extra students.

Cate Hall, a spokeswoman for Our Children Our Schools, an alliance of 22 public school lobby groups, said many parents were travelling great distances because they had no local state schools.

New schools should be provided according to need, rather than political expediency, she said.

Opposition education spokesman Nick Wakeling said the Premier had no plans to build for Victoria’s future education needs. “Victoria’s population is growing by 100,000 a year but the only new schools Daniel Andrews will be opening are those funded by the Coalition.”