Posted on November 7, 2012 by Pete Maxwell
Spread the love

Treasury head Martin Parkinson has denied his department was politicised when it provided a critical analysis of Coalition tax policies which Labor later released to embarrass the opposition. 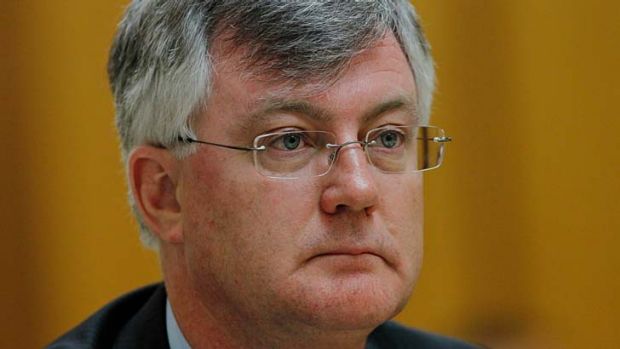 Mr Hockey wrote to Treasury Secretary Martin Parkinson on Monday, claiming the story raised ”serious concerns about the impartiality of your department”.

But in a response to Mr Hockey, posted on the Treasury website, Dr Parkinson said there had been ”no breach of the professional and apolitical ethos of the Treasury”.

Dr Parkinson said it had long been the case that Treasury was asked by the government of the day to analyse alternative policies.

”On the occasion to which your letter refers, the Treasury provided advice to the Deputy Prime Minister and Treasurer at the request of his office on several specific policies,” Dr Parkinson wrote. ”As is always our practice, the Treasury did not provide the advice or the underlying analysis to anyone outside of Government.”

Dr Parkinson said ”any suggestion that we would be complicit in questionable practices is without foundation”.

Speaking to reporters in Sydney earlier today, Mr Hockey said: ”If the government continues to use the public service as both a shield and a sword on the political battlefield all it does is prove that this government will go to any low in order to try and protect its political hide.”