Posted on January 27, 2014 by Pete Maxwell
Spread the love 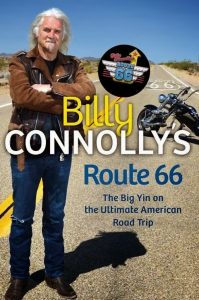 Billy Connolly is an irreverent, banjo-picking, folk-singing, Scottish comedian, recording artist, actor, author, biker, and (per his bio) Citizen of the World. That alone should make you want to read his book, but in case you need convincing….
Back in the day (unspecified) when he first heard Chuck Berry singing “(Get Your Kicks on) Route 66” he decided one day he would travel that iconic road – or at least what was left of it – from end to end, Chicago to Los Angeles .

In 2011 he got his chance while filming a British television 4-part documentary entitled, appropriately enough, Billy Connolly’s Route 66. (It’s on YouTube and worth a look: https://www.youtube.com/watch?v=GYWU_lO9-TY)

But this isn’t about the TV series; it’s about the book.
Filled with fascinating little factoids (we can thank Al Capone for best-before dates on perishables, the Chicago Tribune building incorporates 136 fragments of other world famous buildings in its walls, Wild Bill Hickok was involved (and won) the first recorded quick-draw duel back in 1865, the title “Mother Road” came from The Grapes of Wrath), the book offers readers a kind of behind the scenes look at Route 66. Connolly has an eye for the odd and unusual, and is clearly in his element when chatting up the locals – and not the mayors and other dignitaries, but the people on the street, the farmers, the shopkeepers, the recluse with a collection of more than 5,000 guitars… you get the drift.

Before I rode a very small segment of Route 66 in September, my knowledge of the road was restricted to the aforementioned Chuck Berry tune and what I learned watching Cookie and his famous comb in the Route 66 TV series from the early 60’s. But if, and when, I get to do it again, Billy Connolly’s book will serve as a great guide for some of the more offbeat attractions that are must-sees along this famous, and slowly disappearing, road across America.
And even if you never intend to set foot, or two wheels, on Route 66, it’s just a good, fun read. 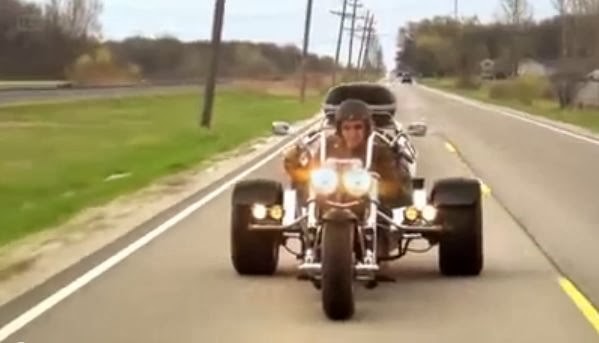