What is Oroton really worth?

Posted on October 3, 2012 by Pete Maxwell
Spread the love
Tweet

Retailers will be cheering the Reserve Bank’s decision to cut interest rates, and as we’ve said in the past few weeks, in the opinion of this column, there will be more to come.

One company among those cheering the hardest will be luxury accessories retailer Oroton, as it recalibrates its business to a life without the prized Ralph Lauren brand. Oroton’s shares have bolted up 12.5 per cent since mid-August, when it announced the loss of that brand. 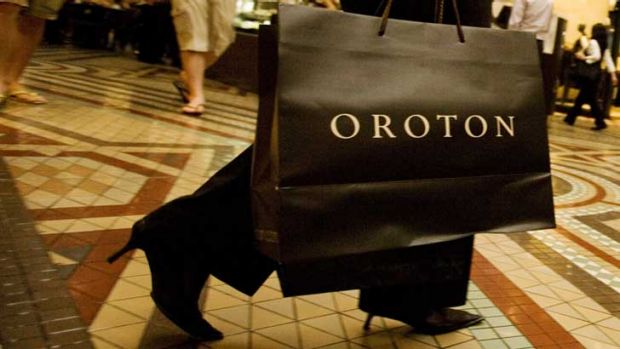 Just after its mid-August announcement, Oroton’s stock fell to as low as $5.80. Yesterday it closed at $7.08, and tomorrow it goes ex-dividend for 28¢, which is fully franked.

The question is, will it go higher?

The interest rate cuts won’t harm its chances, but the answer lies in Oroton’s true valuation, which has been obscured by both the over and under-exuberance of investors.

Its current price is still a long way from where it stood in mid-August at $7.75 and well below its 12-month high of just over $9 in March.

The reason for such swings is that the market first over-valued the Ralph Lauren contract. It valued the $9 million or so the contract brought in each year into perpetuity, instead of as a five-year contract up for review in year three.

Investors gave the earnings from Ralph Lauren an Oroton multiple, which was then about 14 times and at the time, worth about $126 million. And then, when it lost the contract, Oroton was compensated only $30 million by Ralph Lauren.

After the sell-off, at $6 a share, the market under-appreciated Oroton’s real business. We’re talking about its Australia-wide network of 60 or so stores that now generate two-thirds of its earnings, which are growing at a reasonable rate. Plus there is the option to expand into Asia.

At its recent lows, Ralph Lauren was valued at nothing and its business was trading well below the earnings multiple currently used by retailers in valuing each other: eight times earnings before interest, taxes, depreciation and amortisation.

Oroton trades on a price-to-earnings ratio for fiscal 2014 (when it loses its Ralph Lauren contract) of about 15 times, so you are probably paying a fair price for its retail operations, and then some. You are also getting about $40 million in cash from Ralph Lauren (the $30 million compensation plus the 11 months remaining on the contract).

One investor who has got it right so far is Silvo Barac, a member of Invesco’s small-cap team. His fund bought in around $6 and he believes the retailer is headed further north. But this is largely based on its chief executive, Sally Macdonald, using this cash effectively.

At this point, if you’re investing in Oroton, it’s because you believe in Macdonald’s team.