Posted on March 8, 2012 by Pete Maxwell
Spread the love 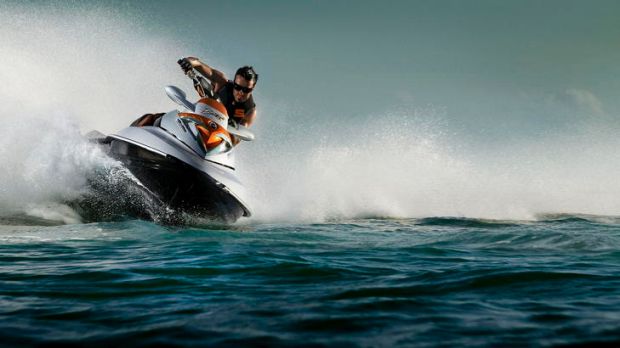 JET-SKIERS should be forced to have third-party insurance, operate further from swimmers and face tougher licence tests and fines, a state MP has urged.

Martin Foley, whose Albert Park electorate takes in beaches including St Kilda and Port Melbourne, has written to Police Minister Peter Ryan calling for tougher regulations for jet-skiers following the death of a swimmer struck by a jet-ski off Port Melbourne almost a fortnight ago.

Mr Foley told The Age the massive growth in jet-ski users was not matched by adequate regulation.

”Week after week over summer the rules are not being applied … jet-skis are going into swimming areas – it’s a recipe for trouble,” he said.

He said there had to be an urgent boost in resourcing to allow water police to better enforce existing laws that prohibited the use of jet-skis in swimming-only zones.

Mr Foley has released an issues paper, Safer Beaches and Waterways: Clamping Down on Jet Skis, and said increased policing of jet-skis should be made an operational priority.

”Jet-skis are increasingly powerful and popular vessels that in the wrong hands are dangerous and now shown to be potentially fatal.”

The owner of City Jet Ski, Sandy Ellul, said he supported compulsory insurance and said tougher controls may be warranted.

”I would say that 95 per cent of sales here would take out our insurance policy, and part of that is a public liability policy. I explain to them there is no TAC out on the water, and you need to be protected in case you hurt someone else,” he said. ”If it’s compulsory then they have got not choice.”

”The majority of customers here at City Jet Ski are families, it’s mum and dad and the two teenage kids, and they are not the people who are doing this, it’s the hoon element,” he said.

”They could make it a kilometre exclusion zone and you would still get the dickheads out there.”

”I have been at Docklands at the weekend and I have seen guys on skis out there at midnight. I don’t know what you do,” he said.

Mr Ellul said he had a good relationship with the water police and ”over Christmas they spend morning to night booking jet-skis, and they are absolutely sick of it”.

Parks Victoria is rolling out new boating and swimming zones across the bay, with new zones already introduced from Port Melbourne to St Kilda. New zones are also being introduced from Dromana to Blairgowrie, Werribee River to Williamstown and at Phillip Island.

A spokeswoman for Mr Ryan said water police had been targeting jet-skis and there had been a large number of penalty notices issued, primarily for speed.

She said the minister would give Mr Foley’s letter due consideration.

Police said investigations were continuing into the fatal incident involving the swimmer at Port Melbourne.