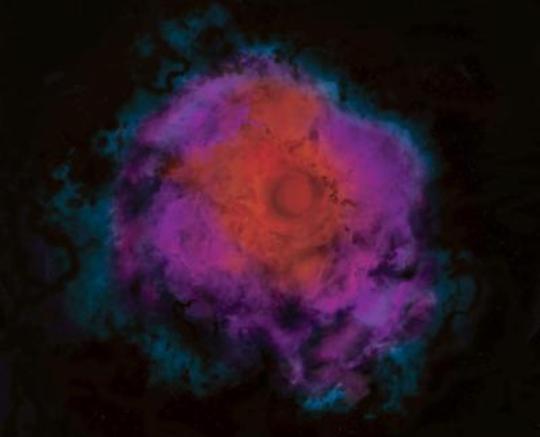 The Big Freeze, which is also known as the Heat Death, is one of the possible scenarios predicted by scientists in which the Universe may end. It is a direct consequence of an ever expanding universe. The most telling evidences, such as those that indicate an increasing rate of expansion in regions farthest from us, support this theory. As such, it is the most widely accepted model pertaining to our universe’s ultimate fate.

The term Heat Death comes from the idea that, in an isolated system (the Universe being a very big example), the entropy will continuously increase until it reaches a maximum value. The moment that happens, heat in the system will be evenly distributed, allowing no room for usable energy (or heat) to exist – hence the term ‘heat death’. That means, mechanical motion within the system will no longer be possible.

This kind of ending is a stark contrast to what other scientists believe will be the Universe’s alternative ultimate fate, known as the Big Crunch. The Big Crunch, if it does happen, will be characterized by a collapse of unimaginably gargantuan proportions and will eventually culminate into an immensely massive black hole. The Big Freeze, on the other hand, will happen with less fanfare since everything will wind down to a cold silent halt.

To determine which ending is most possible, scientists need to gather data regarding the density, composition, and even the shape of the Universe.

It is therefore clear that, for a Big Freeze to occur, the density must be less than the critical density.

Accurate measurements made by the WMAP (Wilkinson Microwave Anisotropy Probe), which picks up cosmic microwave background radiation (CMBR), indicate a density that is much less than the critical density. This is very consistent with observations at the outer regions of the Universe; that being, increasing outward velocities of galaxies as they are further from us.

Through these observations as well as the density measurements, more scientists are inclined to believe that the most possible ending is that of a Big Freeze.

Articles on the big freeze are so hot. It’s a good thing we’ve got a nice collection of them here in Universe Today. Here are two of them:

Here are links from NASA about the big freeze:

Tired eyes? Let your ears help you learn for a change. Here are some episodes from Astronomy Cast that just might suit your taste: