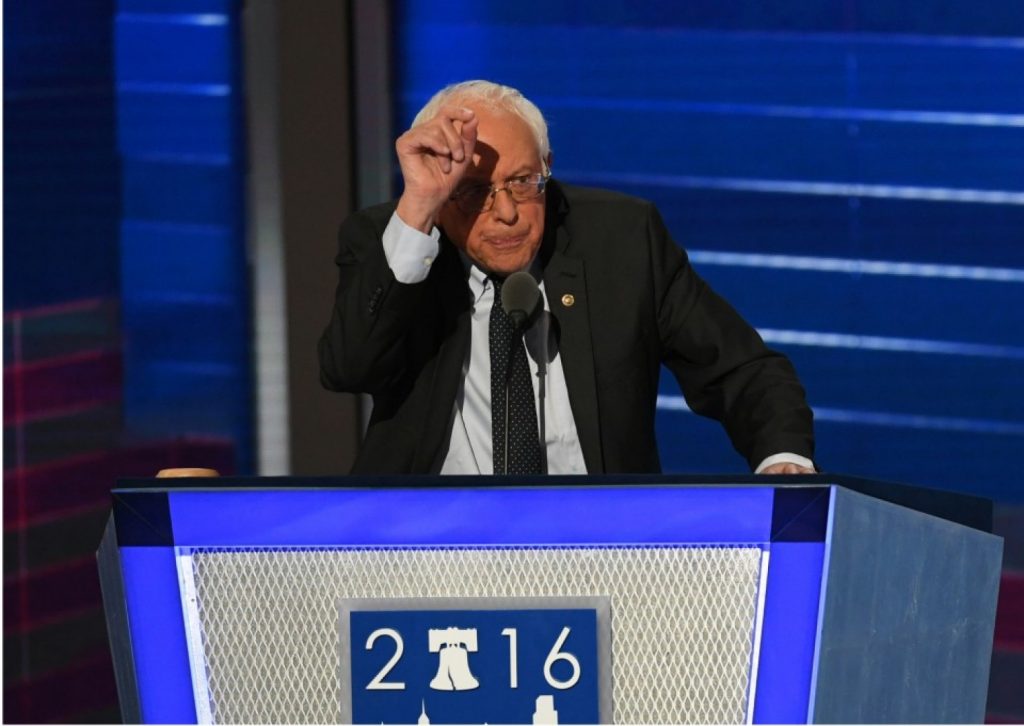 So in the end, a day that began looking like a total disaster for the Democratic National Convention led to an evening that was not disastrous in the least — an evening, in fact, that might have saved not just the week but also the election.

Okay, it’s way too soon to be sure about all of that. But earlier in the day, Bernie Sanders supporters were in the streets chanting the GOP convention’s slogan — “Lock her up!” — about the woman Democrats were about to nominate, Hillary Clinton. The outgoing chair of the party got roundly booed at a breakfast given by her home-state delegation, and Sanders himself was booed when he exhorted followers to work and vote for Clinton. Early speakers in the Wells Fargo Center faced a cacophony of catcalls.

There was no way to go but up, and the ascent was launched not by a politician but by comedian Sarah Silverman. She told the assembled delegates that she was a Sanders supporter who would now vote for Clinton “with gusto.” And in an apparent ad lib — when she and Sen. Al Franken (Minn.) were asked to fill time before a performance by Paul Simon — Silverman addressed the “Bernie or bust” crowd directly: “You’re being ridiculous.”

Earlier speakers had been patronizing toward the Sanders crowd. Clinton surrogates did interviews explaining that many 0f his supporters were new to the political process and perhaps, I don’t know, had not fully grasped the whole winning vs. losing concept. Silverman was having none of that. I got over it, she effectively said, and you should too.

As if to gild the lily, Simon chose to sing “Bridge Over Troubled Water.” It’s hard to think of many other songs more likely, in just about any setting, to increase the peace.

Then came a lineup of powerhouse speakers. Sen. Cory Booker (N.J.) gave a good speech. First lady Michelle Obama gave a better speech, focusing not on Trump’s failings but on Clinton’s virtues. Next came what was billed as the night’s keynote speech, a stem-winder by Sen. Elizabeth Warren (Mass.) that pushed Democratic voters’ every button.

There was some heckling during the first part of Warren’s speech, but nothing like the rancorous racket heard earlier in the day. The temperature had cooled.

Finally, Sanders himself emerged to a hero’s welcome. He delivered what, for Democrats, was the money line: “Hillary Clinton must become the next president of the United States.” He cited Clinton’s many priorities and policies that agree with his and said “the election must be about bringing our people together and not dividing us up.”

It is no secret that he and Clinton disagree on some issues, he said, but there was a “coming together” in drafting the party platform. Translation: You won a lot, Sanders people. Take yes for an answer.

By the end of the night, it seemed they just might.