Posted on November 27, 2017 by Pete Maxwell
Spread the love
Tweet

This year the wholesale cost of electricity in Victoria has risen dramatically. Many people blame the closure of coal powered stations like Hazelwood as the cause, but this is only part of the problem says the Victorian Energy Minister Lily D’Ambrosio. Who said that the deregulation of the energy market in Victoria had failed to bring prices down
Victorian electricity prices are “unusually high” compared to elsewhere in Australia, and competition and deregulation is not working in the interest of families and businesses”. 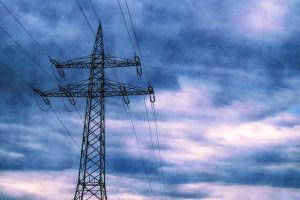 She said
Research commissioned by a bipartisan parliamentary review of the state’s electricity market found that on average, Victorian consumers pay 21 per cent more than the cheapest available offer.

The report found that the “retailer charge” — costs, marketing and profit — typically makes up 30 per cent of a household electricity bill, which costs more than producing or distributing the electricity itself.

Meanwhile a bipartisan review into the state’s electricity and gas retail market headed by former MPs Terry Mulder and John Thwaites found that the costs of increased competition in the market were so great that numerous extra costs had been added into the system and that consumers were now paying for these added costs.

Quizzed on the unusual circumstances of deregulation and increased competition actually driving up prices Mr Thwaites said “It’s an essential service. People can’t exit the market, so there’s no constraint on prices if they go up and up, people just have to keep paying those higher prices.” He said.

What all the increased marketing seems to have done is add layers of mystification to prices and he pointed out that the report called for marketing information to be more easily compared, and for contract prices and variations to be clear and fair and increased protection be introduced for low-income and vulnerable customers.

The report actually calls for “brokerage and collective bargaining” on behalf of low income and vulnerable customers and recommends the Essential Services Commission (ESC) should monitor the market. Implementing the recommendations could save people around $200 on their power bills.” she said

Questioned about report recommendations Mr Gerard Brody, from the Consumer Action Law centre in Victoria said that the state’s energy market “had been dysfunctional for too long and that customers had been ripped off for a very long time. “Competition needs to work to benefit customers and well-designed regulation can support effective competition,” Mr Brody said. His comments were echoed by Victorian Council of Social Service chief executive Emma King who said the report showed that retailers had been fleecing customers. “For too long, everyday Victorian households have been ripped off by energy companies. They have been fleeced, it’s time for that to end.” Readers finding these increases difficult may find this article on handy ways to reduce your power bills helpful.

Tweet
This entry was posted in Uncategorized. Bookmark the permalink.