Every breath you take

Posted on June 28, 2016 by Pete Maxwell
Spread the love
Tweet

My reason for sending ‘my story’ to talkhealth (rather than to only the Aspergillosis website) was in an attempt to reach those unfortunates who have yet to be diagnosed and, of course GPs, as personally I have suffered these symptoms for twenty to twenty-five years (if not all my life!). I also know of others in the Group who have had similar experiences. So, I’m really pleased to have this further opportunity. This condition is referred to as ‘rare’ and I don’t dispute that per se, but based on my own experience and that of others, I consider it may be less rare and rather – under-diagnosed. When I described the symptoms as being ‘flu-like, with constant coughing, etc., on reflection, it was a somewhat under-estimated account, particularly in later years, as the fungal ball continued to grow in my lung. Having experienced influenza, bronchitis, pleurisy and pneumonia (the condition left me ‘open’ to every possible virus), in my experience, the effects are far worse than any/all of these.

I’ll be Watching You … 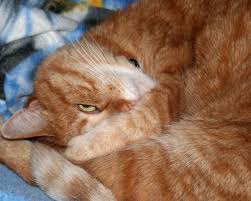 On my diagnosis being confirmed, and as there is no cure for ABPA, I was advised that I would be continually monitored by Royal Derby Hospital for the rest of my life – the plan being for six-weekly consultations. I was very fortunate to respond really well to the six months of steroid treatment as, had this not been the case, then I would have had to take other anti-fungal medications which, apparently, have even more serious side effects. I was again very fortunate in that I was able to ‘taper off’ the medications without any adverse effects, and now take steroids by inhaler twice daily. The consultants were equally pleased and my monitoring was reduced to three-monthly visits. As one appointment was made for 9.00 am (impossible for me on account of the distance involved), my follow-up appointment was delayed until six months.

At my last consultation in May, again they were very pleased with progress, as I had by now been off steroid tablets for six months – so much so, that it was suggested that I could either be discharged, or have annual check-ups. Obviously, I was delighted that I’d done so well that discharge could be considered, but the delight very quickly turned to total panic, as the Royal Derby has been/ is my ‘life-line’ and I have complete confidence in the team – so, annual check-ups it is – providing I continue to do well. From life-long monitoring to suggestion of discharge in one year? Should my condition deteriorate, the only option is to go through my surgery and for them to contact the hospital. The GP who sought investigation works just a few half-days per week, so should I fall ill outside of her contracted hours, I feel I shall be in a very vulnerable position.

As I understand it, it appears that the medication has ‘dumbed down’ my allergic overreaction to spores and that the inhaled steroids are keeping open my airways. So, I’m hoping that I’ll have two to three years in remission, failing contracting any viruses. Of course, there’s no guarantees and we are all different.

Every Step You Take ….

Following previous ‘bouts’, I had always ‘bounced back’ (perhaps not ‘bounced’, but eventually returned to ‘my normal’) – this time I haven’t. I’ve reported several times on my tiredness / fatigue symptoms (particularly following the least exertion) and difficulty walking any distance (legs feeling like dead weights), but I’m advised that it is doubtful that this is related to ABPA, and it’s suggested I see a GP. I have also had three incidents of falling down (not tripping or fainting) just so weak that I fall. Probably because of my experiences, I fear I’ll be told there’s a name for it but again no cure, so meanwhile, in the interest of expediency, I’ve named it myself – Falling Down Syndrome (FDS)! As with all my strange symptoms, it can strike at any time, so I’m finding it difficult to plan things, as it’s not just some good days, some bad – it changes within minutes!

Every Move You Make …

My most recent fall was in the bedroom, when I started to fall and, in a misguided attempt at a soft landing on the bed, did a sterling pirouette (unfortunately with only upper half of body) crashed into the television table, the television almost went through the window and – I crash landed on the floor! Had it ‘gone viral’ I may have made a fortune! So – massive bruises to my upper right arm and the following day, I realised that the half-pirouette had caused back injury, exacerbating walking difficulties. So I now take a fold-up walking stick when out, in case I feel weak and there’s nowhere to sit or lean, and have actually used it twice recently. It had such a positive effect on people (standing immediately to let me sit down, etc.) that we’ve decided it’s not a walking stick, but a magic wand!!

Members of the support group all appear to have very differing levels of symptoms and, therefore, treatments. However, some are very generous in sharing experiences and knowledge, and I acted on the very helpful information regarding house mites not being partial to wool, investing in a new bed (mattress half wool), wool duvet and ‘anti-allergy’ pillows – not sure how they can be termed ‘anti-allergy’, as the manufacturers may not know about us! All good – my sleeping is much better and I have another reason to be glad I’m single, as some who have partners have mentioned that they sleep separately because of the nocturnal disturbances this condition causes!

Another item of discussion that I related to was mention of how we are perceived, which has been a bit of a concern to me also – I think having ‘my story’ circulated has possibly been of (un-looked for) help. Of course, I don’t expect everyone to understand my strange condition, as I have some difficulty myself!

I’m still steering clear of gardening as much as I can – and am often told by friends that I mustn’t garden (for sure, disturbed soil, rotten leaves, composts, and places with mould or dust, for example, London underground, building sites, etc. are definitely to be avoided) – but I think what they’re not quite getting is the fact that spores are airborne, so there’s no avoiding them completely – it’s every breath I take!