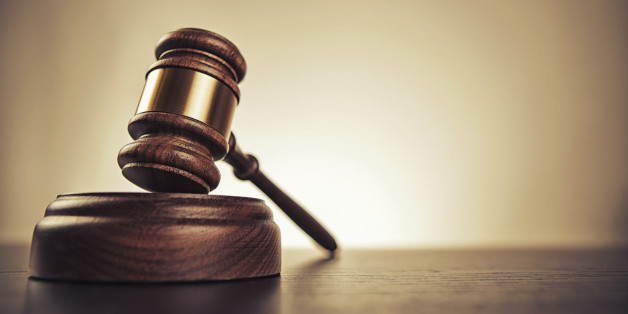 I’ve always been known as a tough-on-crime, pro-law enforcement individual, and I still am. During my years as a North Carolina State Senator, I vigorously advocated for the death penalty. As a superior court judge, I presided over trials where the death penalty seemed like the only suitable punishment for the heinous crimes that had been committed. Finally, as a Justice, and then as Chief Justice, on the Supreme Court of North Carolina, I cast my vote at appropriate times to uphold that harsh and most final sentence.

After decades of experience with the law, I have seen too much, and what I have seen has impacted my perspective. First, my faith in the criminal justice system, which had always been so steady, was shaken by the revelation that in some cases innocent men and women were being convicted of serious crimes. The increased availability of DNA testing in the early 2000s highlighted this problem so clearly to me. I spent the next decade working with others to devise systems and develop task forces dedicated to the prevention of wrongful convictions in North Carolina. I take, I believe, justifiable pride in the fact that North Carolina established the first state Innocence Inquiry Commission in the country. Numerous legal experts publicly acknowledge that the safeguards that have been implemented in North Carolina are wildly successful. However, one thing we did not adequately address is that individuals with intellectual disabilities, mental illness, and other impairments are more likely to be wrongfully convicted. The case of Henry McCollum and Leon Brown makes that point vividly clear. McCollum was 19 and Brown was 15 when they confessed to the rape and murder of 11-year-old Sabrina Buie. Both men are intellectually disabled, which greatly increased their susceptibility to false confession. As a result, they spent 31 years in prison, including time on death row, for a crime they didn’t commit.

The death penalty is not and should not be available as a punishment for all homicides. In Kennedy v. Louisiana, the Court found that under the Eighth Amendment, capital punishment “must be limited to those offenders … whose extreme culpability makes them the most deserving of execution.” Both the crime itself, and the offender, must be deemed the so-called “worst of the worst.” The Court has categorically barred persons with intellectual disability and juveniles from execution because they have diminished culpability, and defendants are also allowed to introduce mitigating evidence to demonstrate impairments. However, I’ve seen how these safeguards can fail to adequately protect individuals with significant impairments.

Last year in America, over half of the individuals that were executed had severe mental impairments. Too much reliance is put on jurors to identify those who are the “worst of the worst.” As Chief Justice of the Supreme Court of North Carolina, I was responsible for assessing the personal culpability of defendants in capital cases to ensure that the punishment would be applied appropriately, so I understand just how difficult this task can be.

In order for mitigation evidence to be considered it must be collected and introduced at trial. In states where indigent defense systems are woefully underfunded, as it is in North Carolina, or where standards of representation are inadequate, this evidence regularly goes undiscovered.

Additionally, a number of impairments are difficult to measure. For intellectual disability, we can use an IQ score to approximate impairment, but no similar numeric scale exists to determine just how mentally ill someone is, or how brain trauma may have impacted their culpability. Finally, even when evidence of diminished culpability exists, some jurors have trouble emotionally separating the characteristic of the offender from the details of the crime.

The categorical exclusions for juveniles under the age of 18 and those with intellectual disability are simply drawn too narrowly to encompass everyone who has diminished culpability. These categorical exclusions are particularly inadequate when multiple impairments exist. Take for instance the case of Lamondre Tucker, whose case will be conferenced by the Supreme Court this week. Tucker was convicted of murdering his pregnant girlfriend in Caddo Parish, Louisiana. He was just 18 years old at the time of the offense, and was repeating his senior year of high school. He has an IQ score of 74. Taken together, these factors indicate that he is most likely just as impaired as those individuals that the Court has determined it is unconstitutional to execute. Yet, because of a variety of systemic factors, including ineffective legal representation, Tucker sits on death row. Ten former State Supreme Court justices signed an Amicus brief last month questioning the constitutionality of Tucker’s death sentence due to his impairments. Today I join my colleague’s call.

After spending years trying to instill confidence in the criminal justice system, I’ve come to realize that there are certain adverse economic conditions that have made the system fundamentally unfair for some defendants. These systemic problems continue to lead to the conviction of the innocent, as well as those individuals for whom the death penalty would be constitutionally inappropriate, regardless of the crime. Our inability to determine who possesses sufficient culpability to warrant a death sentence draws into question whether the death penalty can ever be constitutional under the Eighth Amendment. I have come to believe that it probably cannot.