Slipper slipped in for mediation through car park

Posted on October 3, 2012 by Pete Maxwell
Spread the love 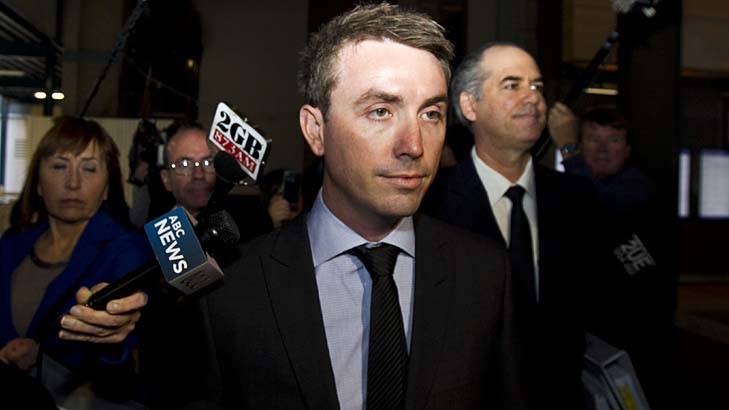 Speaker Peter Slipper avoided the media by arriving at the Federal Court building without court permission in a ComCar for mediation to resolve the sexual harassment case brought by his former staffer James Ashby.

The taxpayer funded government cars are given access to the building’s private secure car park. By entering through the car park, Mr Slipper could use an internal lift to the mediation rooms, which are in a restricted part of the building alongside the offices of the Commonwealth Attorney-General and the Solicitor-General.

Justice Steven Rares yesterday directed the pair to mediate “face to face” in an effort to resolve the case.

Mr Ashby did not make any comment as he entered the Law Courts building.

The group entered a mediation room, which is not open to the media or the public.

Mr Slipper was not seen entering the building.

This afternoon, a court spokesman said in a statement: “In view of media inquiries today, I wish to point out that Mr Slipper did not seek, nor obtain, permission from the court to access the building via the private secure car park. The expectation is that all litigants enter and exit court buildings through public entrances.”

A spokesman for the Federal Court said Mr Slipper was inside the mediation room and talks had begun.

The Herald understands the ComCar will not be allowed back into the car park to collect Mr Slipper. The Speaker will have to exit the building on to Queens Square.

AAP reports: A “person of authority” from the Commonwealth is also taking part in the mediation process after it failed to finalise its settlement with Mr Ashby.

Last week, the federal government announced it had settled its case with Mr Ashby for $50,000 and a pledge to provide training for MPs and parliamentary staff to prevent sexual harassment, but the settlement hit some difficulties.

As well as the original sexual harassment case and the Commonwealth settlement, the parties will also negotiate on Mr Slipper’s application to throw out the case as an abuse of process.

If the parties fail to reach a settlement, the matter will return to the Federal Court tomorrow.
The story Slipper slipped in for mediation through car park first appeared on The Sydney Morning Herald.