The MP, the escort and a meeting in the Boardroom

A HIGH-CLASS escort has signed a statutory declaration alleging she had sex with the federal MP Craig Thomson.

Facing criticism that the prostitute had been paid $60,000 for the interview, ACA said on air that, to date, no fee had been paid, ”nor will it until our investigation is absolutely complete”.

Producers from the program spent 90 minutes with Mr Thomson in his Parliament House office on Wednesday. He declined ACA’s offer to view the woman’s interview.

Thomson treated ‘worse than Ivan Milat’
Mr Thomson told a news conference in Canberra yesterday: ”We have someone now being paid 10 times as much money as alleged to have been used by the HSU credit card in terms of prostitutes to give a story.

”This defies credibility that you are going to spend $60,000 to buy a prostitute to give a story … and frankly this is journalism at its worst,” he said.

Records obtained by the Herald indicate a $770 fee was charged to Mr Thomson’s HSU credit card on May 7, 2005. The transaction was billed to ”Internat Immobiliare”.

That is the name used by Graeme George Edwards to run an upmarket escort service called the Boardroom. It provides out-call services only. 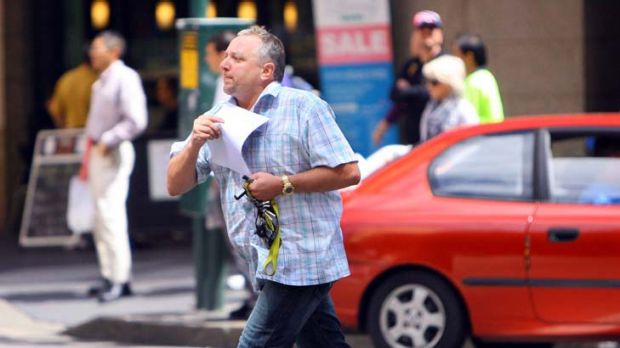 Mr Thomson was the subject of adverse findings by Fair Work Australia, whose report concluded ”that it was indeed Mr Thomson who used his credit card to spend the amount of $5793 for the procurement of escort services”.

During FWA’s investigation, Mr Thomson was asked to explain the $770 transaction. ”I’m not sure what ‘Internet [sic] Immobiliare’ is in Sydney on 7 May,” was his reply.

When asked by the Herald yesterday if he was responsible for this transaction and whether it was for escort services, Mr Thomson said: ”I have done nothing wrong and I refer you to my statement I made in Parliament on Monday.”

The Boardroom’s present owner, Alex Lavey, said he did not know the identity of the escort or the whereabouts of Mr Edwards. He said Mr Edwards sold the Boardroom in 2008.

On paper Mr Edwards, 46, is still listed as the owner of Internat Immobiliare and, according to corporate records, lives in the Toaster building, overlooking Circular Quay.

Mr Edwards was last in the news in 2008 when he was charged over the alleged kidnapping of the escort agency’s manager, whom Mr Edwards claimed was defrauding him.

In 2004, Mr Edwards told the British tabloid The Sun that an Australian model, Sarah Marbeck, who said she had slept with the international soccer star David Beckham, had been working for him.

In the article, ”Sydney slapper is £400 call girl”, Mr Edwards said she had worked for him six months after she claimed to have slept with Beckham.

Its website says: ”We will never at any time share any of your private information with anyone … guaranteed … You can treat yourself to the finest escorts from the top agency in the area without any worry whatsoever that there will be any negative legal consequences.”