Posted on December 3, 2012 by Pete Maxwell
Spread the love 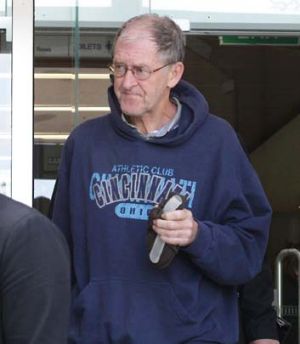 THE former Catholic brother Bernard Kevin McGrath has returned to New Zealand from Sri Lanka a week early to face an extradition hearing to Australia on child sex charges.

McGrath, 65, was granted bail in a Christchurch court on Monday morning while he considers his next move in relation to 252 child sex charges in Australia.

News of his return to New Zealand was greeted with relief by the family of an alleged victim who had feared McGrath would not return from a Sri Lankan holiday where he was staying at a tea plantation.

“It’s excellent news. This really is very good news and an enormous relief after all this time,” said the Central Coast father of an alleged victim who reported sexual abuse allegations to police two years ago.

“We had been very much relying on what the police had been telling us, and they had been saying the matter was under control so it is good to hear he is back in New Zealand and has already appeared in court.”

The alleged victim had been distressed by news that McGrath had left New Zealand for Sri Lanka months ago after police in NSW laid 252 charges alleging McGrath repeatedly raped, molested and abused dozens of young boys at church-run institutions in the Newcastle-Maitland diocese over several decades.

The alleged victim’s brother said McGrath’s return to face court in New Zealand was “great for everyone involved”.

“We got the impression the whole way through that the police had a few irons in the fire in relation to what was going on,” the brother said.

Charlestown police confirmed McGrath returned to New Zealand a week earlier than they had expected.

In Christchurch District Court this morning defence counsel Phillip Allan said McGrath had returned from Sri Lanka knowing he would be arrested. He would have seen news reports on a New Zealand website before his return.

“Instead of staying in Sri Lanka or running, he has chosen to come back,” Mr Allan told Judge Jane Farish when McGrath appeared in Christchurch District Court on Monday.

He said the police now had McGrath’s passport and suggested he could be remanded on bail with conditions that would reduce his “flight risk”. This could include regular reporting to the police.

Prosecutor Mark Zarifeh said the Crown opposed bail because of the flight risk and the seriousness of the allegations.

Judge Farish wondered if he posed a flight risk because he had been “moving around quite a lot”.

She said she had no problem about remanding him for two weeks so that he could consider the extradition case against him, and whether to oppose it.

Mr Allan said: “He just wants to get everything resolved.”

He said McGrath was “pretty high profile in terms of people who know what he looks like”.

“He just needs to work out what he wants to do.”

Judge Farish decided to allow bail, remanding McGrath to live with his sister in Christchurch. The address has not been checked by the police but McGrath had stayed there before.

He is not to apply for a replacement passport, nor contact directly or indirectly any child under 16. He is not allowed to go within 100 metres of any primary or secondary school unless driving past, and he has to report three times a week to the Christchurch South police station.

There was some unrest in the public gallery while McGrath was making his appearance, and Judge Farish threatened to have seats cleared if people did not stay silent.